The Kanhave canal is a man-made structure which cuts across the narrowest part of the island of Samsø. The canal is c.500m long and varies between 11-14m in width. It was constructed wih wooden planks lining the sides, and these planks have been dendrochronologically dated to AD724-29.

The canal run from Stavns Fjord in the east to Mårup Vig in the west. Documentary sources state that Stavns Fjord, because of its geographic position, held position of importance for the Royal house. The fjord was an ideal mustering point for a fleet, and archaeological traces of ship maintenance have been found, suggesting it also functioned as a harbour.

The width of the canal suggests that it was built for ships of the ‘snekke’ type. This was a small, lightweight type of warship. It is interesting to note that just south of the canal is a burial mound called Snekkehøj (the mound of the snekke).

The canal did not reach to the sea on the western side, so a short portage would have been necessary. However, this would still have been a considerable saving in time from the alternative sea route around the north of the island.

The Kanhave canal was only in use during the 8th century. After that, it fell into disrepair and gradually silted up. Despite being silted up, the line of the canal is still clearly visible, as can be seen from the google maps image at the top of the page.

The photograph shows the canal with replica planking and the outline model of a ‘snekke’. 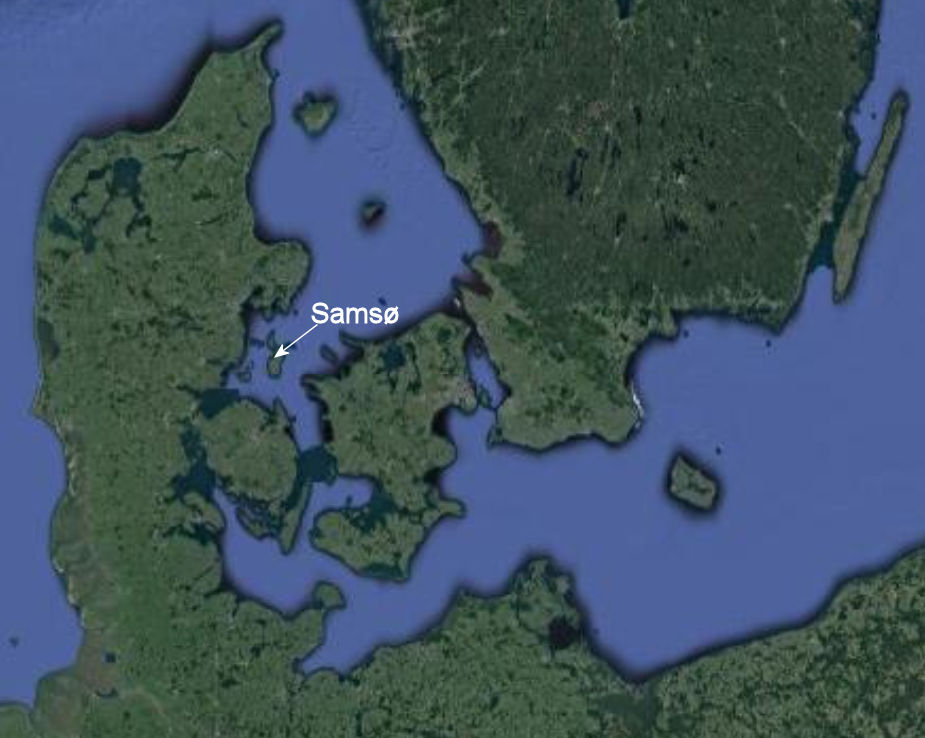 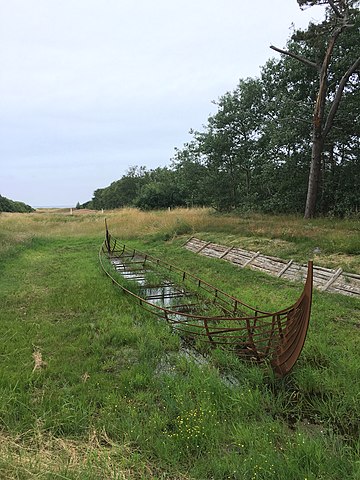